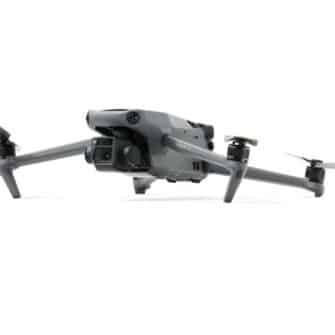 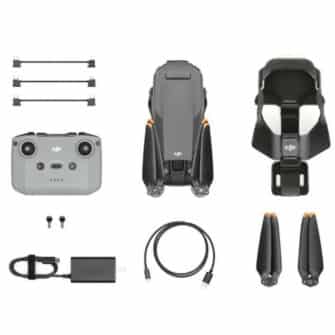 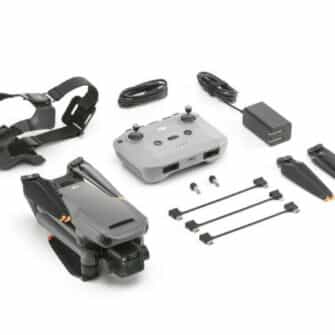 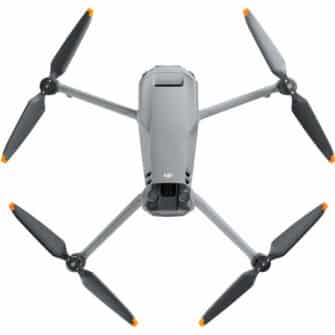 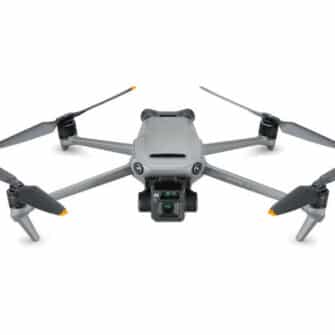 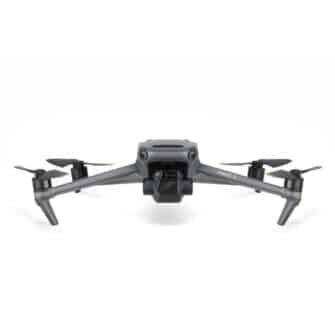 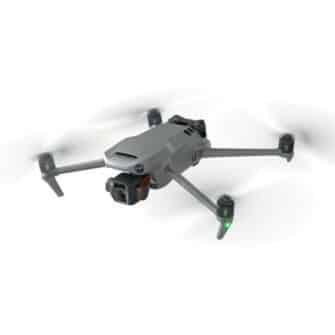 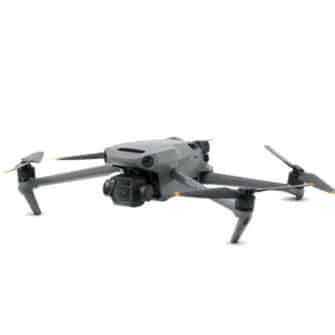 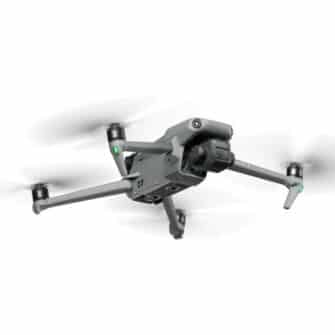 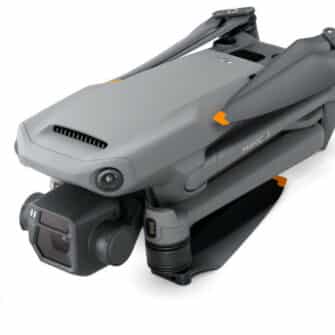 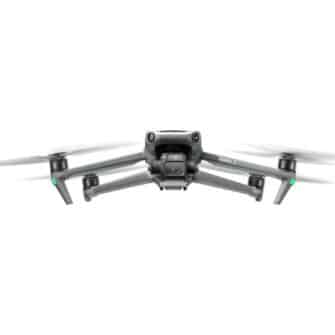 Capture stunning imagery with the legendary Hasselblad camera and enjoy a smooth flight with omnidirectional obstacle sensing. Every improvement on Mavic 3 sets a higher standard for aerial photography. Fly with Mavic 3 and discover imaging above everything. 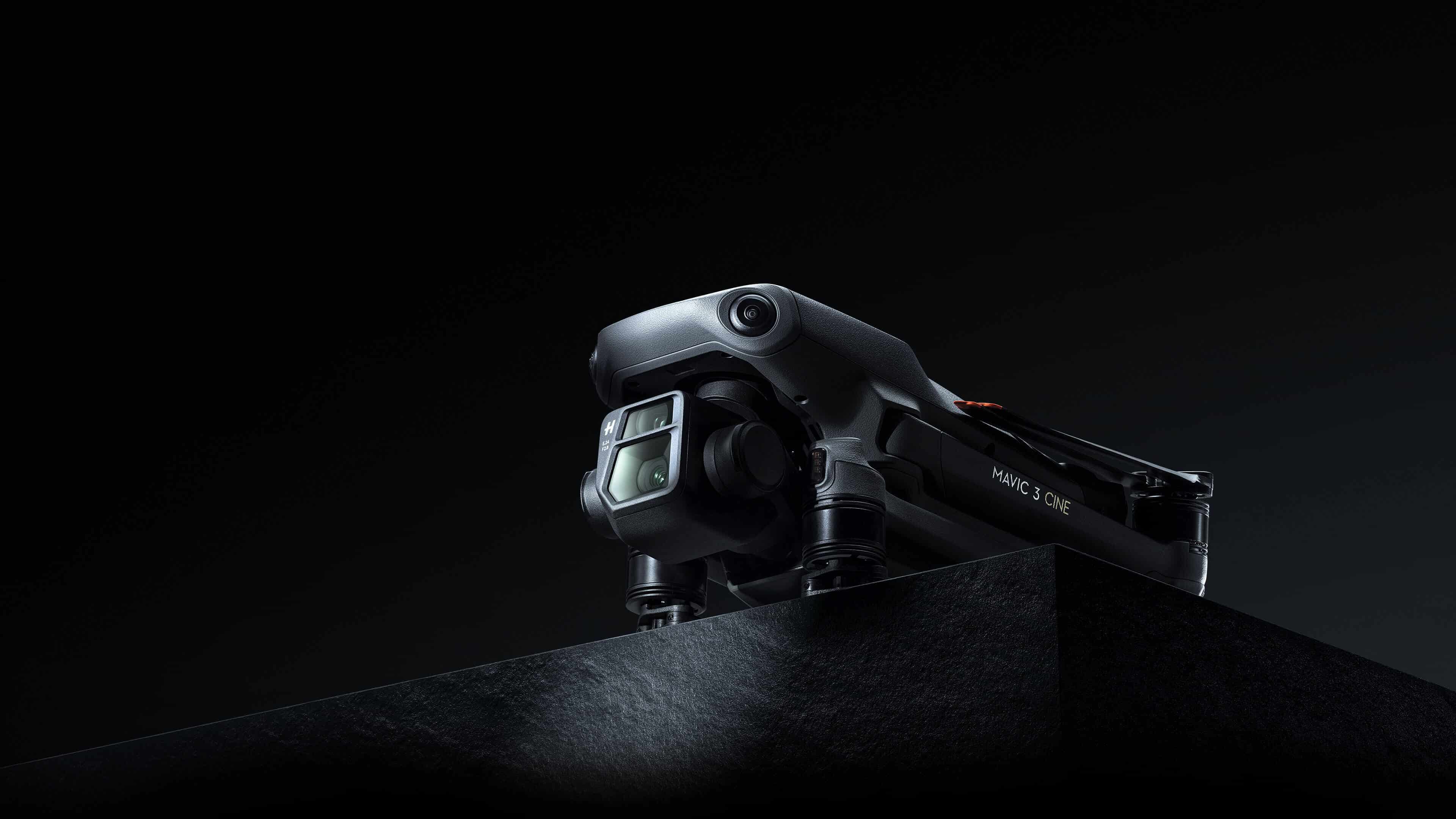 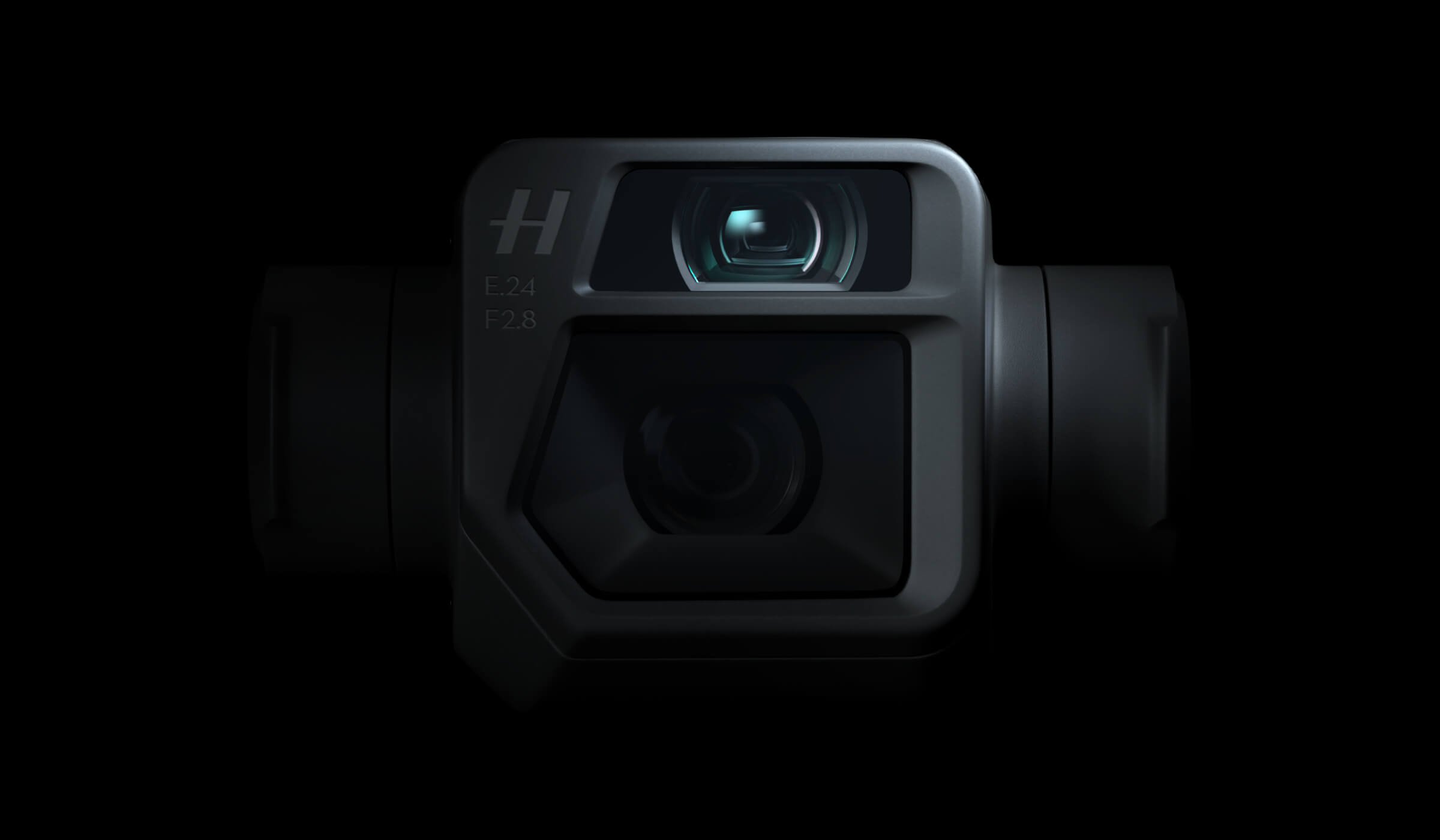 12.8 Stops of Dynamic Range for Optimal Image Quality
The 4/3 CMOS sensor comes with a high 12.8-stop dynamic range to retain more details in highlights and shadows, upgrading your work to a professional level.

Adjustable Aperture For Every Scene
Aperture is adjustable according to the needs of different scenes. In low-light environments, the f/2.8 aperture lets more light in; when the lighting is sufficient, aperture can be adjusted to lower the shutter speed for recording smoother, more natural footage.

Wider FOV to See the Bigger Picture
Weighting less than 13 g, the 24mm equivalent lens not only supports autofocus, it also has a 84° FOV to capture more in every frame.

Mavic 3 features the Hasselblad Natural Colour Solution, which is the result of decades of photographic experience, resulting in vivid, natural colors with the simple press of the shutter.

Excellence without Presets
Complex color presets have never been part of Hasselblad’s philosophy, neither of Mavic 3. Starting from the pixel level of sensors, Hasselblad developed the Hasselblad Natural Color solution (HNCS), a new perspective to handle a variety of scenes by easily reproducing accurate and natural colors.

Pixel Calibration for Ultimate Image Quality
To ensure Mavic 3 captures natural colors in the same way other Hasselblad cameras do, the L2D-20c lens adopts the same rigorous standards and has every pixel of the sensor calibrated, with the HNCS embedded.

Accurate Color Reproduction
During shooting, RGB color data obtained by the sensor will be converted through Hasselblad’s unique image processing algorithm and color processing mode so that natural colors in various scenes can be precisely reproduced without any presets.

Activate Explore mode to unlock Mavic 3’s second camera – a unique tele camera that lets you effortlessly scout and plan your shots. When scenes or subjects are far away, use the tele lens to zoom in and save time, or record from a distance without disturbing the subject.

Omnidirectional Obstacle Sensing
Mavic 3 ensures you a collision-free flight, and all you need to do is focusing on shooting itself. Multiple wide-angle vision sensors onboard work seamlessly with a high performance vision computing engine to sense obstacles in all directions [4] precisely and plan a safe flight route that avoids them.

Advanced RTH
Always end on a high note with Advanced RTH. Obstacles along the way back to the home point are easily detected and avoided. With the brand new Advanced RTH, Mavic 3 will automatically figure out the optimal route to avoid obstacles and return to home safely.

Whether activated by the user or triggered by signal loss, Mavic 3 can easily return to the home point safely in adequate lighting conditions.

APAS 5.0
Mavic 3 makes flight more fun than ever with recording that is no longer interrupted by obstacles along the way. When flying, Mavic 3 continually senses objects in all directions and bypasses them quickly and smoothly.

O3+ Transmission and Beyond

46 Minutes Extended Flight Time
Execute every step, from flight route planning to composition and even record a timelapse video, all during a single flight. Compared with the previous generation, Mavic 3’s wind resistance has improved by 35%. It also uses motors and propellers with higher energy efficiency along with a high-capacity battery that extends the flight time to 46 minutes [5]. 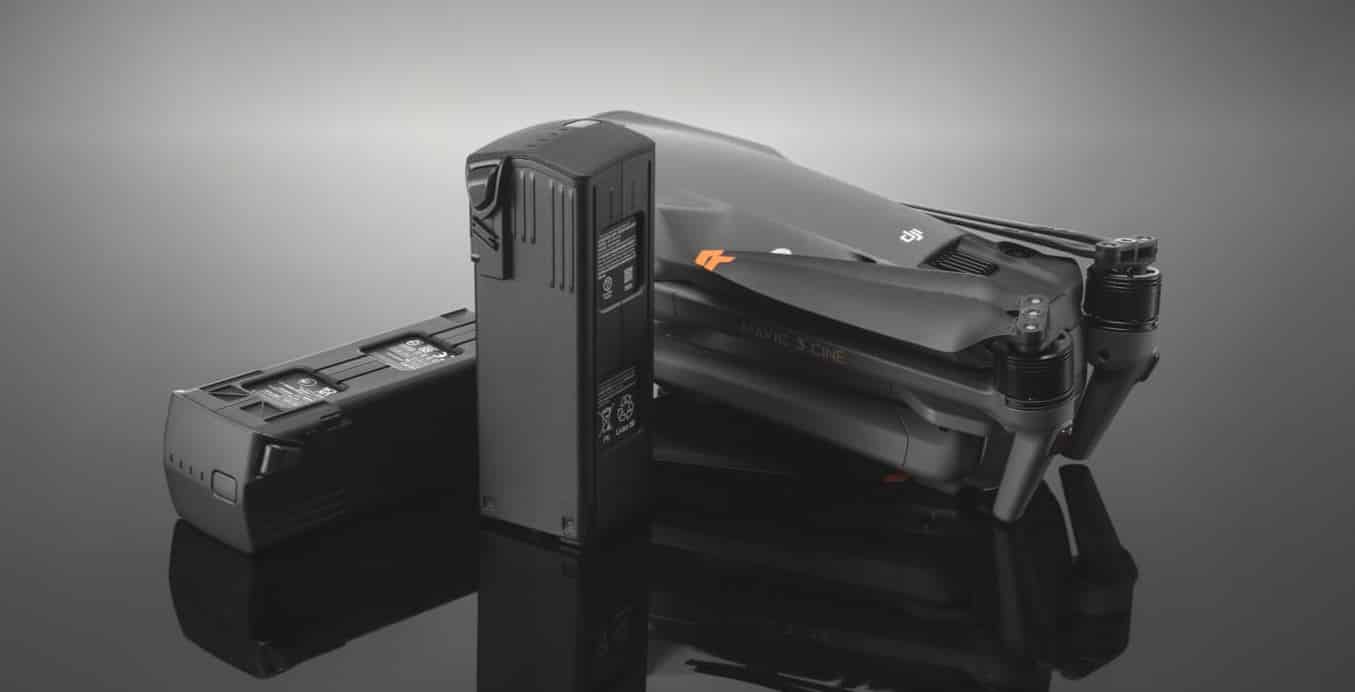 15 km Video Transmission Range
Mavic 3 not only flies farther with a 15km transmission range, it also transmits signals with higher stability and less video lag, offering you greater peace of mind during flight.

FHD High Framerate Transmission with Visible Smoothness
Mavic 3 is DJI’s first-ever drone able to transmit a 1080p/60fps live feed. This means the camera view is displayed at specifications close to what the camera actually records. It also makes Mavic 3 more responsive to your control.

* Tested with a production model DJI Mavic 3 in a closed environment in favorable conditions and an unobstructed wireless signal. Actual results may vary depending on environment, usage, and firmware version.
** All videos and photos on this page were taken in strict compliance with local laws and regulations.

Compared with DJI Mavic 2, what major upgrades does Mavic 3 have?
DJI Mavic 3 is DJI’s latest flagship consumer drone. Compared with Mavic 2, Mavic 3 has substantially upgraded camera performance, integrating a 4/3 CMOS Hasselblad camera and a lightweight 24mm equivalent tele camera. Mavic 3 is capable of capturing 5.1K/50fps and 4K/120fps videos, and Mavic 3 Cine even supports Apple ProRes 422 HQ encoding, offering higher image quality and greater flexibility during post-processing. In addition to the camera system, Mavic 3 also delivers a comprehensively upgraded flight experience. Flight time has been extended to 46 minutes, and the new O3+ extends video transmission range to a maximum distance of 15 km. Obstacle sensing has been developed into a truly omnidirectional system, with a more powerful APAS 5.0 and Advanced RTH to give users greater peace of mind during flight.

What app is required for using DJI Mavic 3?
The DJI Fly app.

How many versions does the DJI Mavic 3 Series have and what are the differences between them?
DJI Mavic 3 comes in two versions: DJI Mavic 3 and DJI Mavic 3 Cine. Compared with the Mavic 3, DJI Mavic 3 Cine supports Apple ProRes 422 HQ encoding and comes with a built-in 1TB SSD for high-speed data storage.

Does DJI Mavic 3 support the DJI Goggles or the DJI Motion Controller?
No.

What should I pay attention to when using the built-in gimbal lock on DJI Mavic 3?
DJI Mavic 3 features a built-in gimbal lock to prevent the 3-axis gimbal and camera from shaking, adding an additional layer of safety during transportation and storage.
Precautions for use:
1. The normal operating temperature of the gimbal lock is -10° to 40° C (32 to 104° F). If temperatures are outside of this range, it may fail to lock or unlock properly. You will be prompted by the DJI Fly app to use it within the temperature range. For emergency use in special situations, you can manually twist the three axes without damaging the gimbal itself, but this measure is not recommended.
2. The built-in gimbal lock may become unlocked due to external impact. In this case, power on the aircraft and then power off to lock again.
3. After the gimbal is locked, vibrations in each axis may occur.

What is the most efficient way to export files from the built-in SSD of DJI Mavic 3 Cine?
Use the DJI 10Gbps Lightspeed Data Cable in the box to connect the aircraft to your computer via the USB-C port. Make sure the write speed of your storage device is greater than 700MB/s. Other data cables are not recommended since they may take longer to transfer files as high-speed transmission may not be supported.

Can I take RAW photos with Explore mode?
No.

Does either version of Mavic 3 support simultaneous control by multiple remote controllers?
No.

Were there any upgrades to the propellers used on DJI Mavic 3?
The propeller structure adopts a new design, with the edges made of a softer material. This not only reduces noise during flight, but also causes less damage to people or objects in the event of an accident.

What should I pay attention to when using the DJI Mavic 3 propellers?
Replace the propellers in a timely manner to ensure safety, especially if any propeller is damaged or misshaped.

How is the flight time of DJI Mavic 3 measured?
The flight time was measured in a controlled test environment. Specific test conditions are as follows: No wind, at sea level, constant flight speed of 32.4 kph, APAS off, AirSense off, camera parameters set to 1080p/24fps, video mode off, and flying from 100% battery to 0% battery. Results may vary depending on environment, usage scenario, and firmware version.

Compared with the previous generation, what upgrades does the onmidirectional sensing system on DJI Mavic 3 have?
DJI Mavic 3 can detect obstacles in all directions with extreme precision. Multiple sensing cameras with a wider range of detection help Mavic 3 respond to obstacles earlier. In a well-lit environment, Mavic 3 can avoid obstacles faster and more smoothly, capturing stable footage safely even when flying laterally or backward.

What improvements does ActiveTrack 5.0 have compared with the previous version?
ActiveTrack 5.0 tracks subjects whether the aircraft is moving forward, backward, left, or right. Embedded with the newest subject recognition technology, ActiveTrack 5.0 uses multiple vision sensors simultaneously to recognize a subject, differentiate it from other objects, and lock the subject in frame. Mavic 3 is able to track in all directions and adjust tracking angles smoothly for more natural results. Thanks to new environment and subject sensing algorithms, Mavic 3 responds earlier to subject movements and environment information, and plans a more optimum tracking route in advance to record smooth and stable footage.

What improvements does Advanced RTH have compared with the previous version?
Compared to the 20 meters of its predecessor, DJI Mavic 3 has a maximum forward-sensing distance of 200 meters during RTH. During flight, Mavic 3 will 3D map the surrounding environment in real time and use this map to determine the safest, most energy-efficient flight route to return the drone to its home point.

Are there any upgrades to the QuickTransfer of Mavic 3 compared with the previous version?
With the new Wi-Fi 6 protocol, data transmission is even faster, with download speeds reaching up to 80MB/s. In addition, compared to DJI Mini 2, Mavic 3 automatically selects the fastest transmission mode based on the wireless environment without switching to Wi-Fi mode manually, making it easier to use.

How can I use the DJI 65W Portable Charger?
The DJI 65W Portable Charger comes with a 65W USB-C cable to charge Mavic 3's battery. With another USB-A port and a USB-C data cable included in the package, it can also charge the remote controller at the same time. It is recommended to use a standard USB-C cable to charge the Mavic 3 intelligent flight battery.

How long does it take to fully charge a DJI Mavic 3 Intelligent Flight Battery?
Approximately 96 minutes when using the DJI 65W Portable Charger.

Can I use other chargers with USB-C ports to charge the Mavic 3 battery?
Yes. However, to ensure charging efficiency, we still recommend using the DJI 65W Portable Charger. Other chargers at 60W or above supporting PPS/PD protocol are also recommended.

Can I charge Mavic 3 directly through the built-in USB-C port of the aircraft body?
Yes. 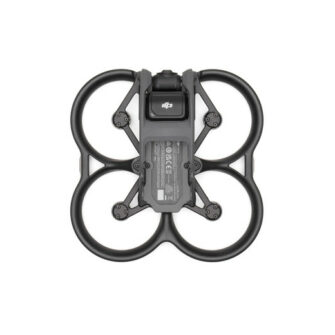 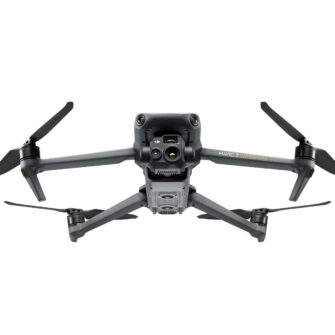 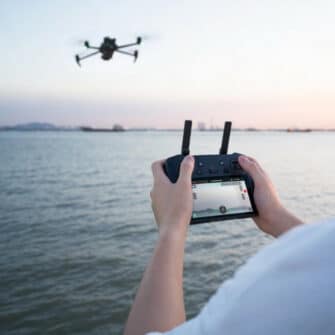 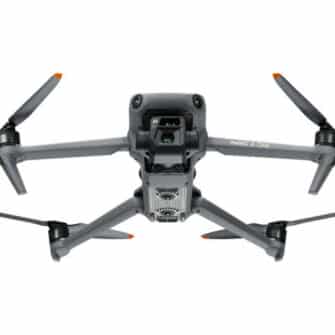 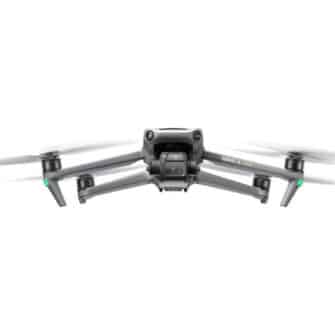 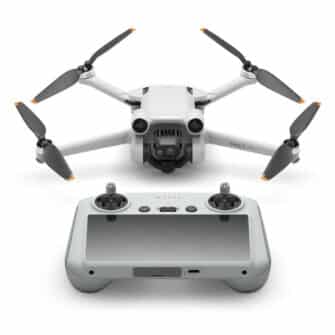 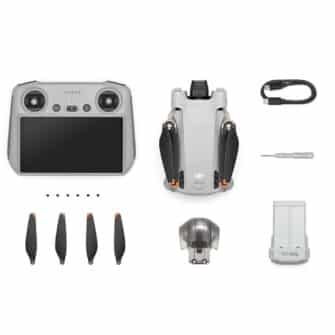 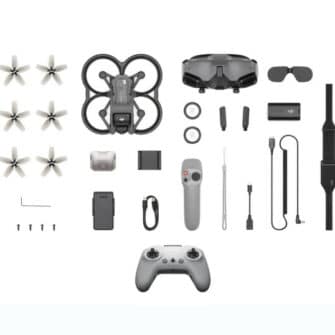 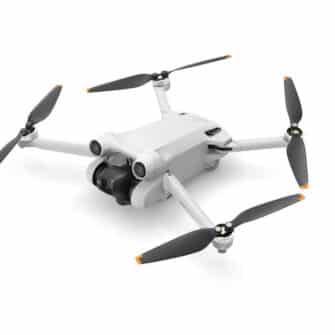 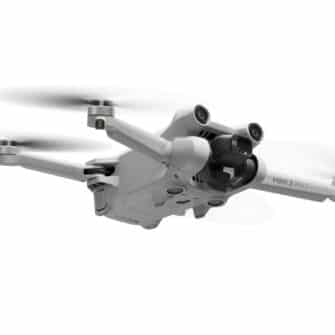