Report on 537 Anti-Drone Systems Shows How Wild the Market Has Become. From jamming rifles to ground installations that fire nets, a new report lays out the expansive Wild West of anti-drone tech. 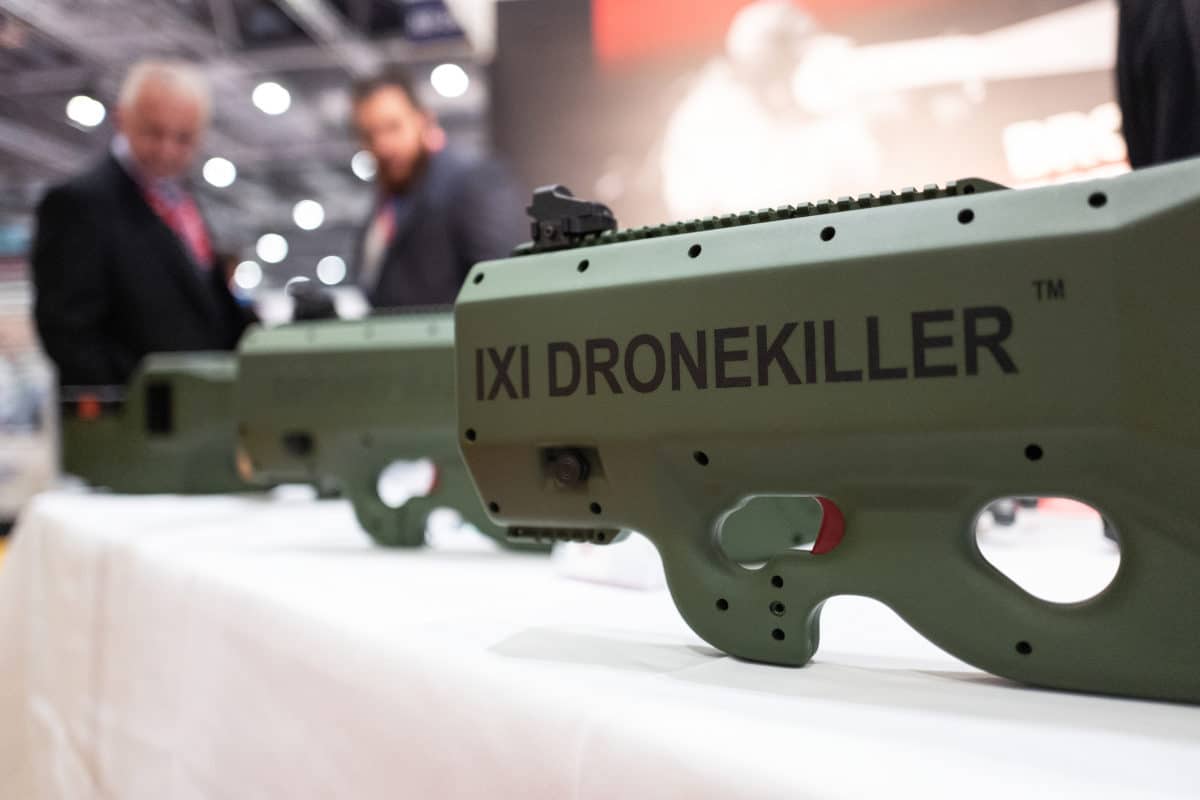 Drones are everywhere. Military drones buzz war zones dropping missiles; surveillance drones hover above neighborhoods, looking for anything out of place; even now, commercial drones hide in holiday wrapping, waiting for excited enthusiasts to fly them in a park.

As the market for drones has grown, so too has the market for tools to take them down. There’s jamming rifles, spoofing software, and hundreds of other solutions for downing a drone. But what to buy the budding enthusiast?

This week, the Center for the Study of the The Drone at Bard College published a research paper on counter-drone technology that includes a list of 537 counter-drone systems displaying jaw-dropping diversity, from hand-held guns that detect a drone’s radio-frequency and blast it with microwaves to ground installations that listen for drones and fire a net.

According to the report, which covers the legal framework for these tools as well as their effectiveness, not all drone downers are created equal, however. Jamming a drone might work great on the playground, but could get you arrested at the airport. And more advanced drones are immune to older counter-measures, the report found.

“People need to be aware of the products that are out there and also be aware of the significant challenges in the use of those products,” Arthur Holland Michel, founder of the Center for the Study of the Drone and author of its report, said over the phone. “This is an immature and dynamic industry. There’s a lot of room for growth.”

Michel said there’s no one method is better for downing a drone than any other. “Jamming is the most common and seems to have some level of effectiveness,” he said. “The caveat, and it’s a big caveat, is that jamming systems are not going to be effective [against] drones that do not have a communication or navigation link.”

And just because one method is effective, that doesn’t mean you’ll want to use it. “There’s a complex matrix when it comes to effectiveness that takes into consideration costs, and the environment, and safety,” Michel said. “You may have a system that is extremely effective, but it’s either too expensive or too dangerous to use in a particular environment.”

Michel offered an example of a jamming device that is effective in a 25 km radius. “If you install that in an airport, you’re probably going to disrupt a lot of legitimate communications and cause a lot of headaches,” he said.

The report illustrates how the field of anti-drone tech is an arms race. Companies make counter-drone technology, and drone makers create methods to circumvent it. Michel said some manufacturers are programming autonomous drones to fly in unpredictable patterns, and designing stealth technology that makes drones harder to spot.

“There are also advances in commercial drone technology intended, somewhat ironically, to make drones safer,” he said. “This will also have the effect of making these drones harder to counter.”

For example, Michel said, a big problem with commercial drones is that the signal between the controller and the drone can weaken, causing the drone to fly away on its own. Making that signal more robust against interference also makes it harder to take down the drone.

Michel’s report is a list of various counter-drones technologies but it doesn’t make recommendations for what to buy. The report is academic research, not a Sears catalog for the cyberpunk dystopia. Ultimately, what it highlights is that