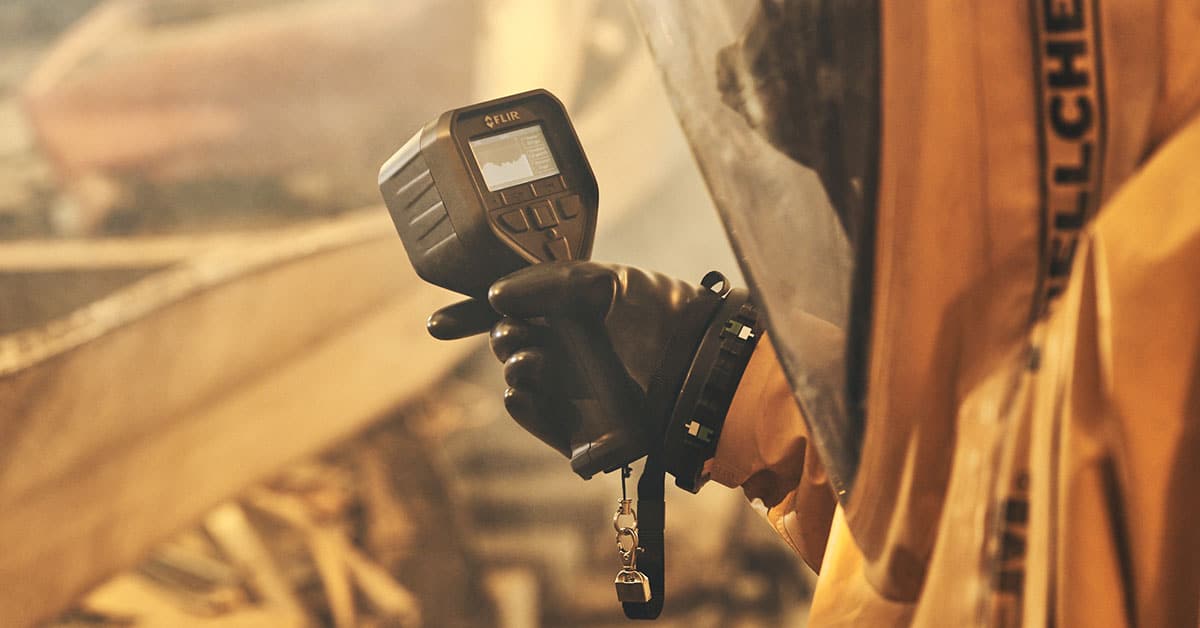 “Our next-generation R425 means better detection in all directions and builds on the R400’s successful legacy of identifying and measuring radioactive sources with precision,” said Dennis Barket, Jr., vice president and general manager of FLIR Systems’ Detection division. “With more than 25,000 devices deployed, responders trust the accuracy and reliability of FLIR identiFINDER, and the R425 will be a powerful tool for military, homeland security, public safety agencies, and commercial entities around the world that watch over this vital mission area.”

At 15% lighter weight than the previous generation RID, the identiFINDER R425 provides ergonomic balance for a variety of scenarios, including surveying, emergency response, and environmental monitoring. The internal battery delivers 12 hours of use, with power options that include disposable or rechargeable batteries that can be hot-swapped for up to four more hours of extended operations. The system boasts an IP67-rating and features a fully enclosed solid-state detector to withstand harsh environments.

When threat detection occurs, rapidly communicating results is critical. Remote data viewing, operation, and reach-back is made possible on the R425 through communication features including dual USB-C ports, the FLIR web interface and RAD Mobile App, and a universal API that enables integration with user deployed networks such as the Mobile Field Kit, ATAC, Sigma Edge, and Safe Environment Gateway. The identiFINDER R425 also has built-in Bluetooth and GPS technology. The single-hand operation via three-button control is a familiar interface for existing identiFINDER users, simplifying deployment and training requirements.

FLIR will unveil the FLIR identiFINDER R425 at the IACP Annual Conference and Exposition, October 26-29 in Chicago, Illinois and at the IEEE Nuclear Science Symposium, October 26-November 2 in Manchester, United Kingdom. The FLIR identiFINDER R425 is available for order now and will begin shipping by the end of 2019. To learn more about the product, visit: http://www.flir.com/r425.

Founded in 1978, FLIR Systems is a world-leading industrial technology company focused on intelligent sensing solutions for defense, industrial, and commercial applications. FLIR Systems’ vision is to be “The World’s Sixth Sense,” creating technologies to help professionals make more informed decisions that save lives and livelihoods.